The joint maritime mail service on the New York to Le Havre route began in 1912 and lasted until the U.S. entered World War I in 1917. It consisted of ten French Line ships, and no U.S. ships. French and American postal employees worked in the on-board post office. The American ones on the voyages to Europe, the French ones on the voyages to the USA.
Due to the activities of the German U-boats, the port of call in France was transferred from Le Havre to Bordeaux in 1915.
There was a brief experimental sea mail service in 1909, which was discontinued the same year. 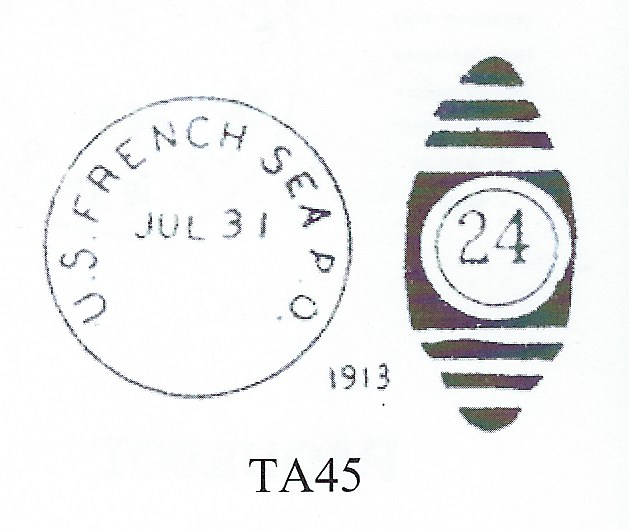 According to Hosking, "Seaposts of the USA"

Cockrill, Booklett No 54 und No 55
Hosking, Seaposts of the USA 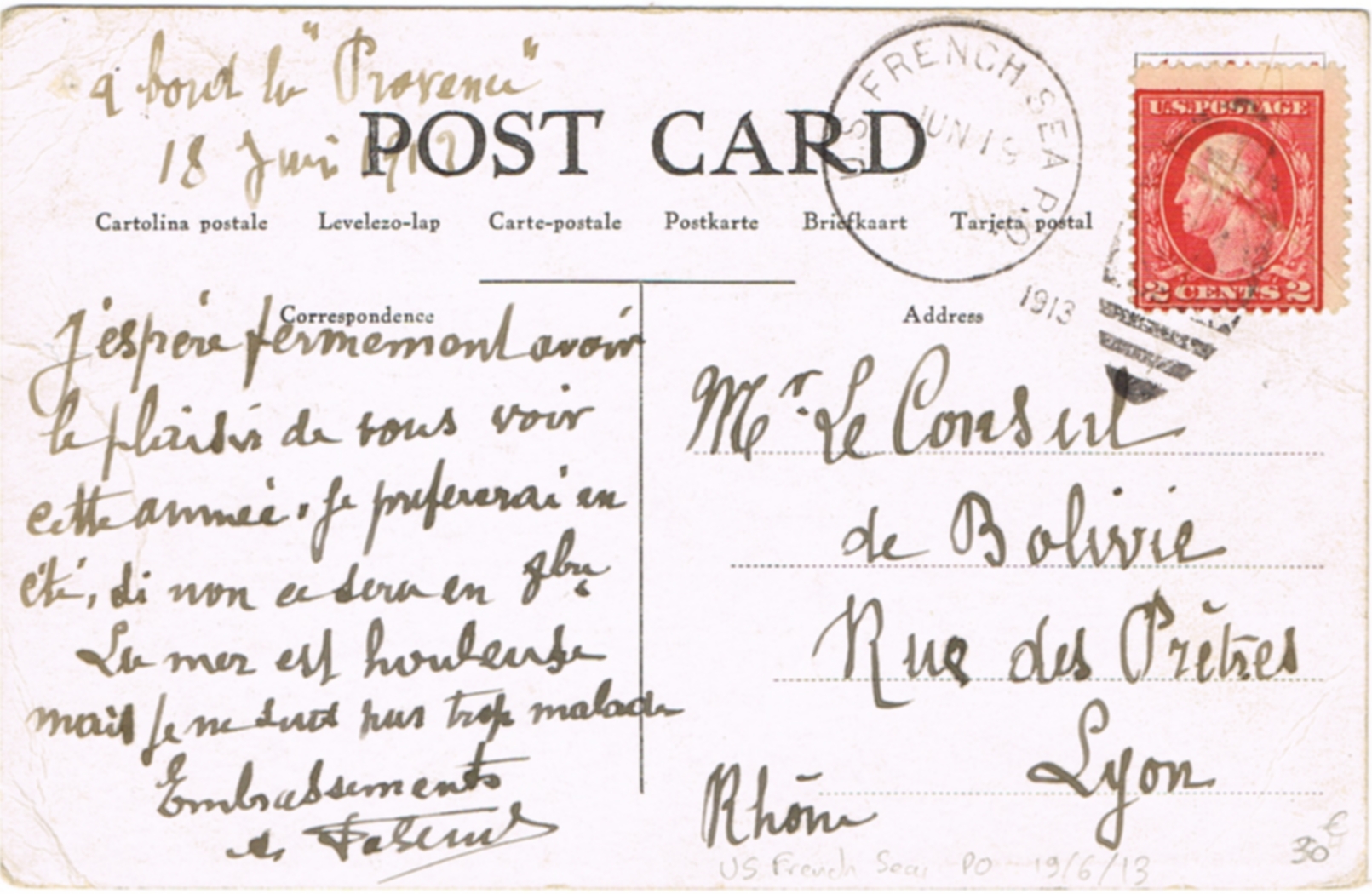 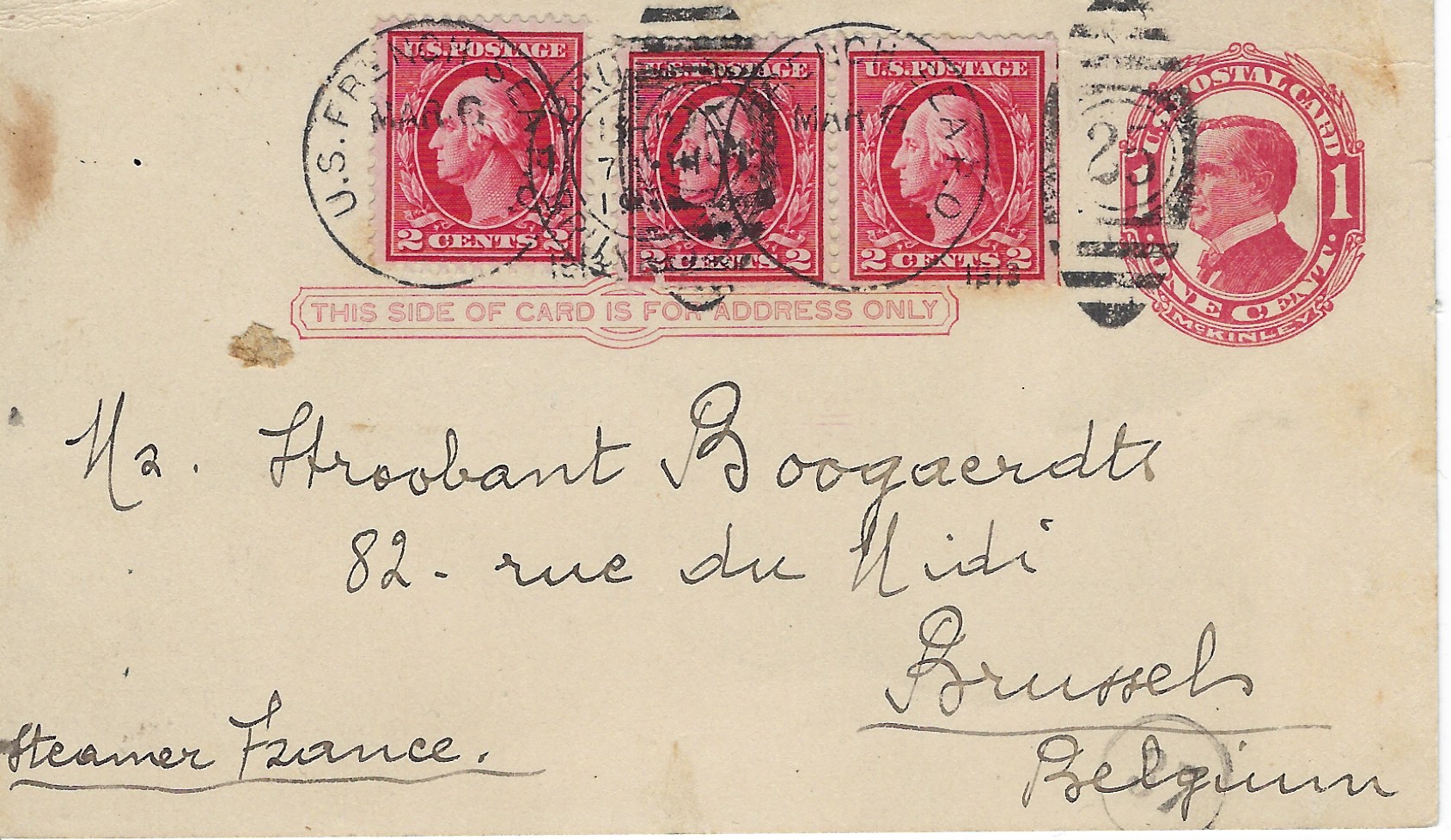 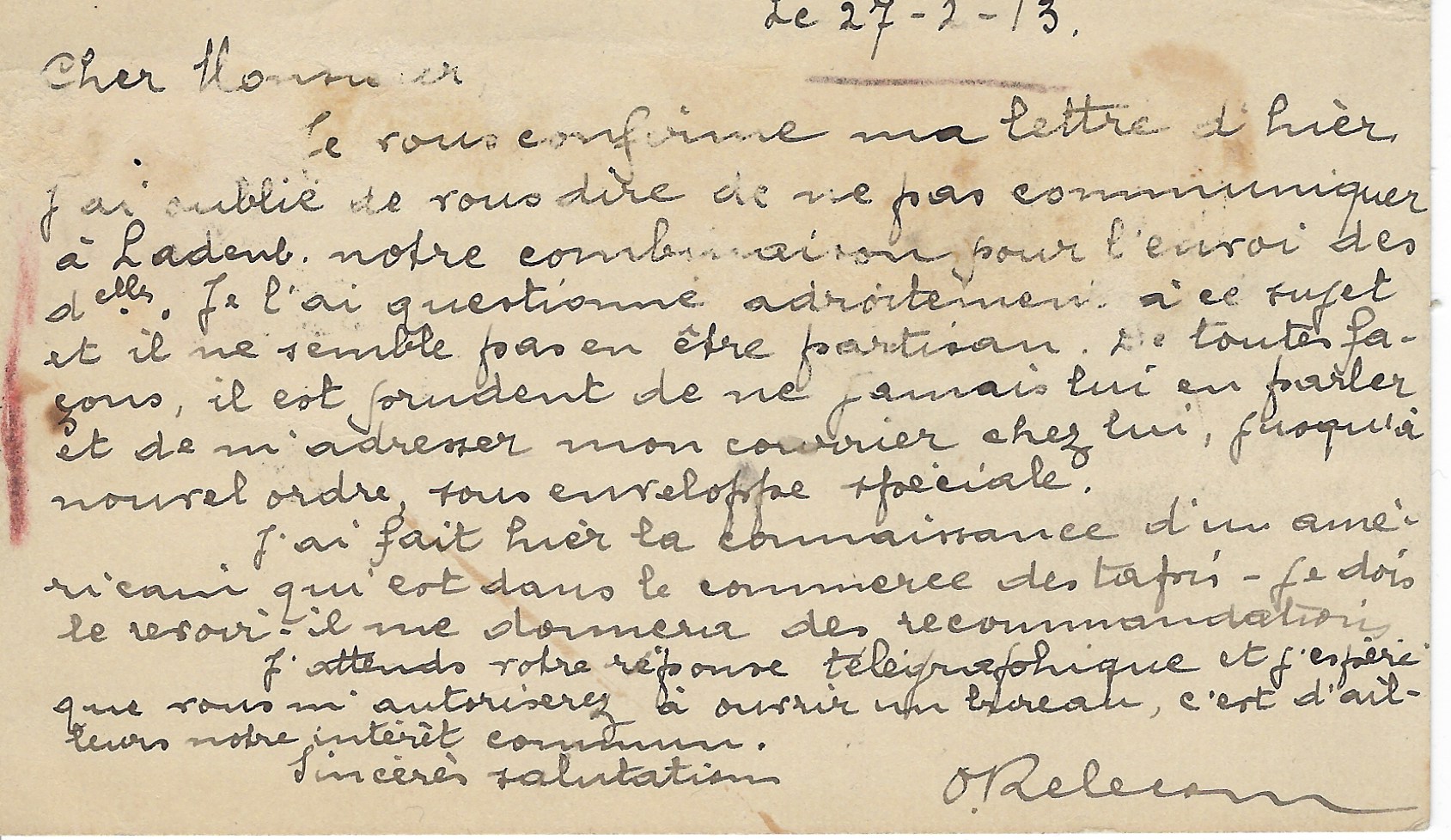 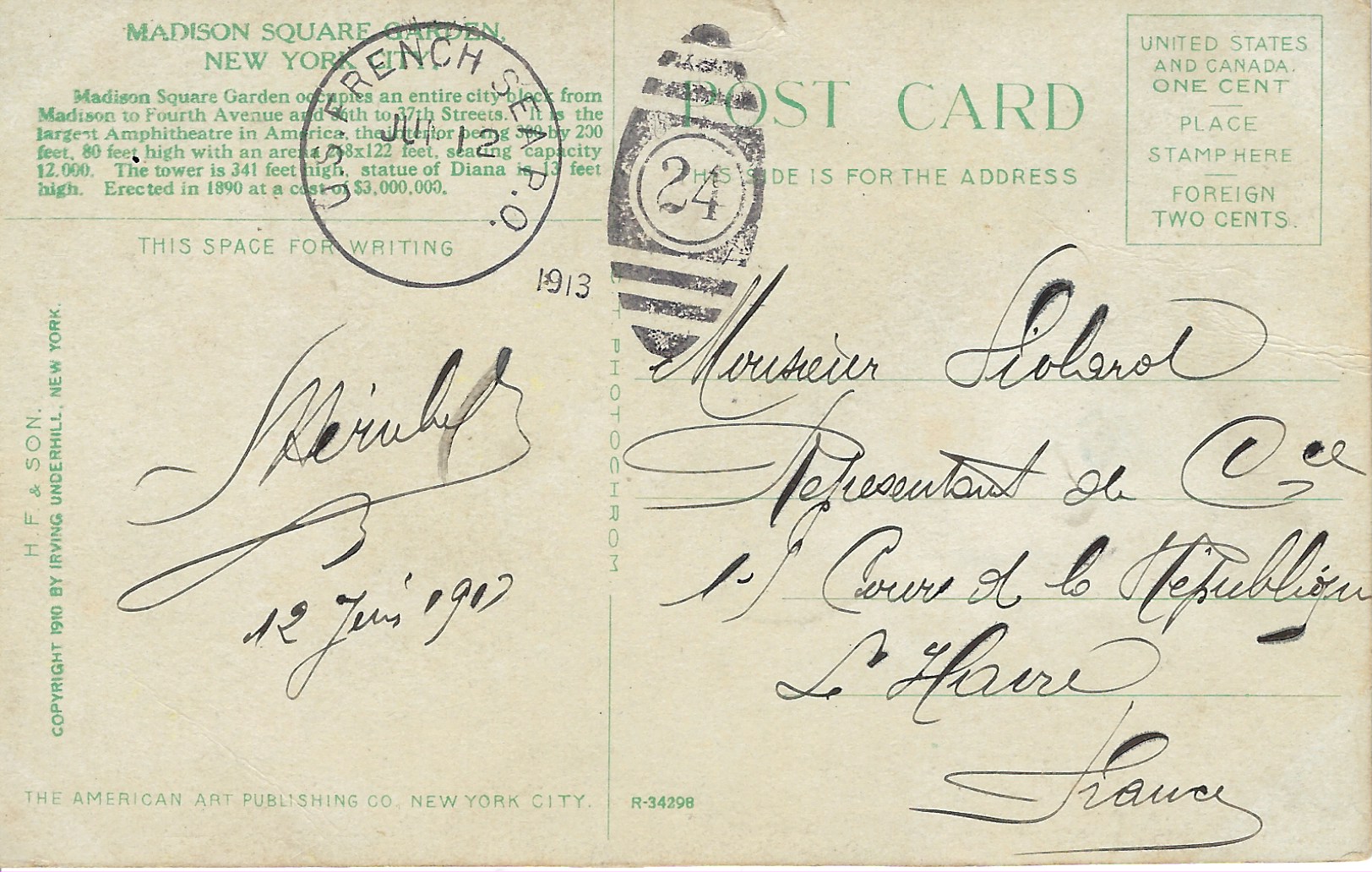 Unstamped commercial postcard with postmark type A6 to Cockrill. Postmarked 12. June 1913 on board the steamer "La Provence" on the voyage from New York to Le Havre. The number in the killer is a 24.

Why this postcard has no franking and no postage paid impression, but a boarding cancel, I can only explain that the sender was on his way to Le Havre and the card is addressed there. I assume that he handed it over personally and did not send it by mail, but had an imprint of the boarding postmark given to him.