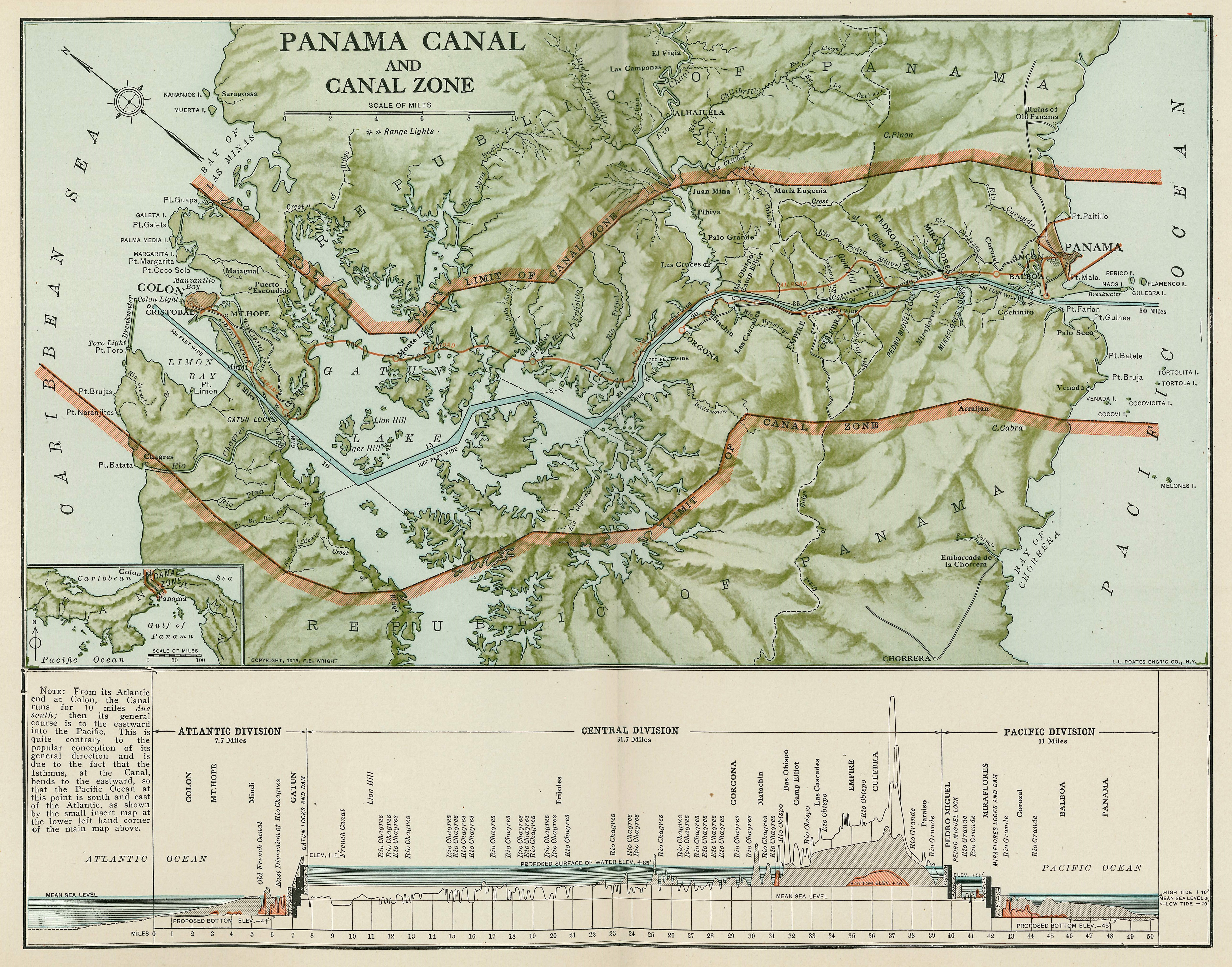 The first attempt to build a canal through what was then the Colombian province of Panama began on January 1, 1881. The project was stimulated by diplomat Ferdinand de Lesseps, who was able to raise substantial funds from the enormous profits made from the successful construction of the Suez Canal in France. De Lesseps wanted a canal at sea level (like the Suez Canal). Although the Panama Canal was to be only 40 percent as long as the Suez Canal, the combination of tropical rain forests, debilitating climate, the need for canal locks, and the lack of an old route to follow made it a much greater engineering challenge. His men were completely unprepared for the rainy season, when the Chagres River, where the canal began, became a raging torrent that rose as much as 10 meters. The dense jungle teemed with poisonous snakes, insects, and spiders, but the worst challenges were yellow fever, malaria, and other tropical diseases that killed thousands of workers; by 1884, the death rate was over 200 per month. In France, de Lesseps kept investing and supplying workers long after it was obvious that the goals were not being met, but eventually the money ran out. The French effort went bankrupt in 1889. An estimated 22,000 men died from disease and accidents.

Acquisition by the United States

U.S. intentions to exert influence over the territory (especially the construction and control of the Panama Canal) led to Panama's secession from Colombia in 1903. On January 22, 1903, the Hay-Herrán Treaty was signed by U.S. Secretary of State John M. Hay and Colombian Chargé Dr. Tomás Herrán. The treaty was ratified by the U.S. Senate on March 14, 1903, but the Colombian Senate did not ratify it. Roosevelt changed tactics, based in part on the Mallarino-Bidlack Treaty of 1846, and actively supported Panama's separation from Colombia, e.g., U.S. warships blocked sea lanes against possible Colombian troop movements en route to suppressing the Panama Rebellion. Shortly after the recognition of Panama, he and Philippe Bunau-Varilla signed the Hay-Bunau-Varilla Treaty on November 6, 1903, as Panama's ambassador to the United States, granting the United States the rights to build and manage the Panama Canal Zone and its defenses indefinitely. This is sometimes misinterpreted as a "99-year lease" because the wording in Article 22 of the treaty is misleading. U.S. maneuvers are often cited as a classic example of U.S. gunboat diplomacy in Latin America. After the 1903 revolution, the Republic of Panama became a U.S. protectorate until 1939. In 1921, Colombia and the United States concluded the Thomson-Urrutia Treaty, which granted Colombia special privileges in the Canal Zone. In return, Colombia recognized Panama as an independent nation.

The United States formally assumed control of the canal property on May 4, 1904. A U.S. government commission, the Isthmian Canal Commission (ICC), was established to oversee construction; it was given control over the Panama Canal Zone, over which the United States exercised sovereignty. The commission reported directly to Secretary of War William Howard Taft. Colonel William C. Gorgas had been appointed chief sanitary officer of the canal construction project in 1904. Gorgas implemented a series of measures to minimize the spread of deadly diseases, particularly yellow fever and malaria, which had been shown shortly before to be mosquito-borne diseases following the work of Dr. Carlos Finlay and Dr. Walter Reed. After two years of extensive work, mosquito-borne diseases were virtually eliminated. Despite all these efforts, about 5,600 workers died from disease and accidents during the American construction phase of the canal. Stevens, chief engineer of the Panama Canal project, advocated a canal with a system of locks that would raise and lower ships from a large reservoir 26 meters above the ground. This would create both the largest dam (Gatun Dam) and the largest man-made lake (Gatun Lake) in the world at that time. Stevens successfully convinced Roosevelt of the need and feasibility of this alternative plan. The railroad also required extensive modernization, with double-track high-capacity rails laid over most of the line to accommodate the new rolling stock. In many places, the new Gatun Lake flooded the original rail line, and a new line had to be built above the Gatun Lake waterline. On October 10, 1913, President Woodrow Wilson telegraphed a signal from the White House that triggered the explosion that destroyed the Gamboa Levee. This flooded the Culebra Cut, connecting the Atlantic and Pacific Oceans via the Panama Canal. The "SS Cristobal" (a cargo and passenger ship built by Maryland Steel and launched in 1902 as the "SS Tremont") was the first ship to cross the canal from ocean to ocean on August 3, 1914.

Construction of the canal was completed in 1914, 401 years after Vasco Núñez de Balboa first crossed Panama. The United States spent nearly $500 million (which equates to approximately $12.8 billion in 2019 dollars) to complete the project. This was by far the largest American engineering project to date. The canal was officially opened on August 15, 1914, with the passage of the cargo ship "SS Ancon."

The postal system of the zone

An order, dated June 24, 1904, from the War Department in Washington and addressed to the Chairman of the Isthmian Canal Commission, reads as follows: "The needs of the inhabitants and the proper administration of government affairs in the Panama Canal Zone require the establishment of post offices and Postal Services in this area. It is therefore ordered that a post office be established in each of the following cities in the Canal Zone: Cristobal, Gatun, Bohio, Gorgona, Bas Obispo, Empire, Culebra, La Boca and Ancon. The post offices of Cristobal and Ancón shall be post offices. The Governor of the Canal Zone is hereby authorized to appoint postmasters for the post offices established herein and to fix the compensation thereof, subject to the Approval of the Isthmian Canal Commission."

"The governor of the Canal Zone is further authorized to make and enforce such temporary rules, regulations, provisions, and requirements as may be necessary to provide practical and efficient postal service in the Canal Zone; and to employ such temporary auxiliaries and employees as the exigencies of the service require." At the direction of the President.

The Canal Zone and its post offices, with the main distribution office in Cristobal, operated as an independent government agency under the direct authority of the President of the United States.