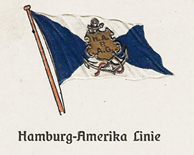 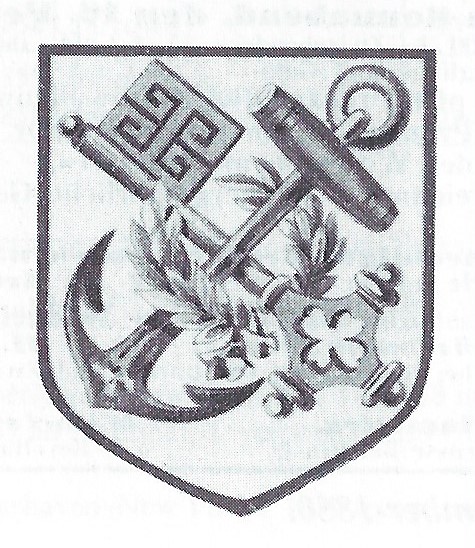 Here you can see letters and postcards from many parts of the world. Either addressed to HAPAG, or from HAPAG and its agents, or from current/future travelers with HAPAG. 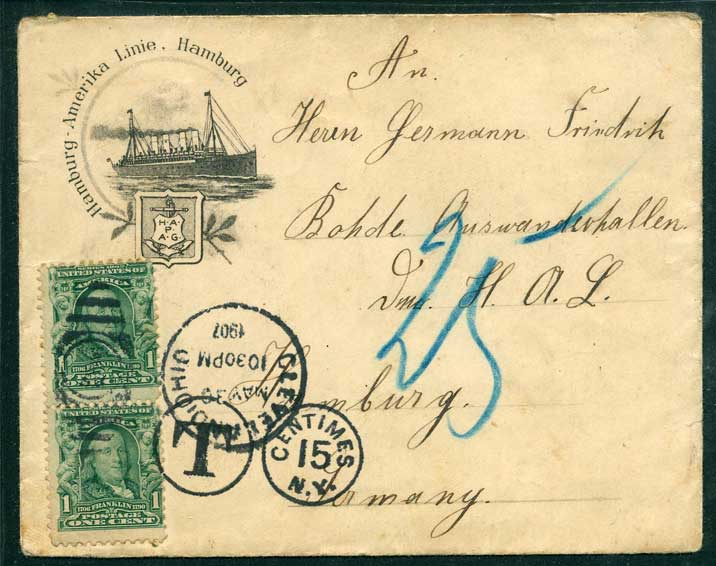 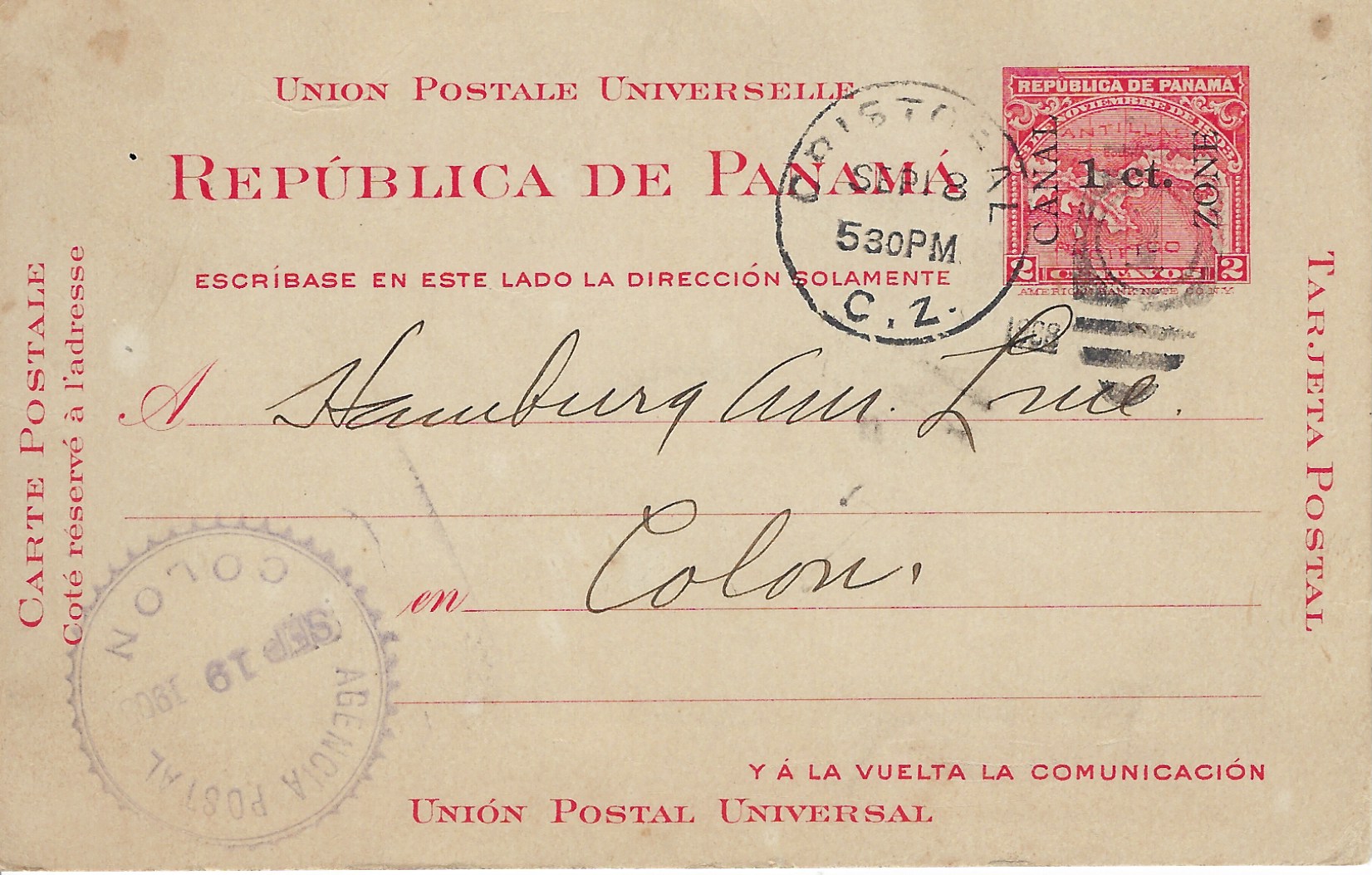 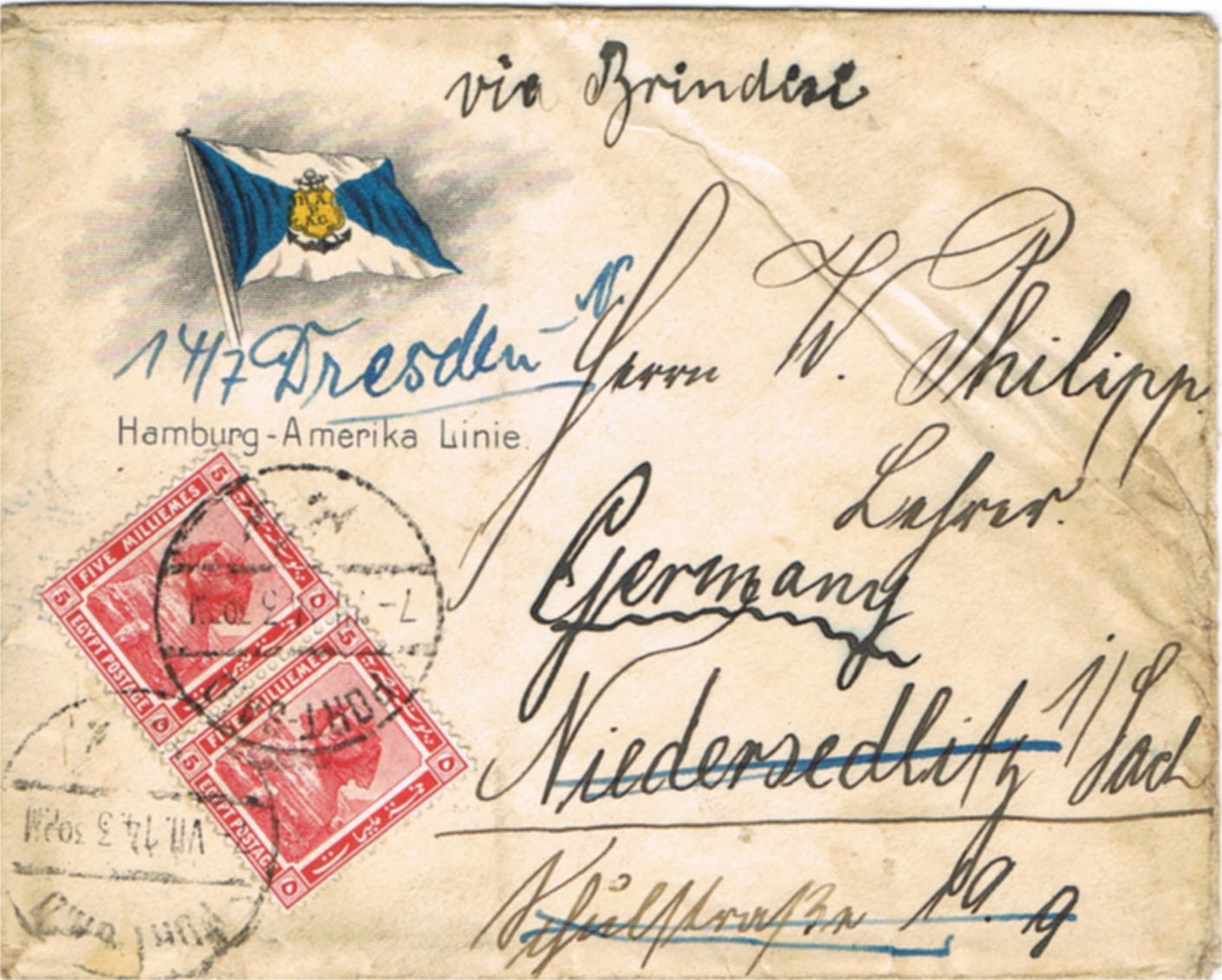 Underpaid foreign cover and with postage due from Cleveland, Ohio - USA to Hamburg. Postmarked on 30 May 1907. Addressed to a gentleman in the "Auswandererhallen" of HAPAG in Hamburg.
Postage paid postcard (the first of the Canal Zone) from Cristobal, C.Z. to Colon, Panama. Postmarked September 18, 1908.

It is interesting to note that both places were right next to each other and that Colon, similar to West Berlin in Germany for a long time, belonged to Panama, but represented an enclave in the Canal Zone area.
Letter from Port Said, Egypt to originally Niedersedlitz, Germany indicating the route "via Brindisi". Postmarked at Port Said on July 7, 1914.
Sender was probably a passenger of HAPAG, as this envelope was available in the cabins. Why he did not post the letter on board, is not known to me. 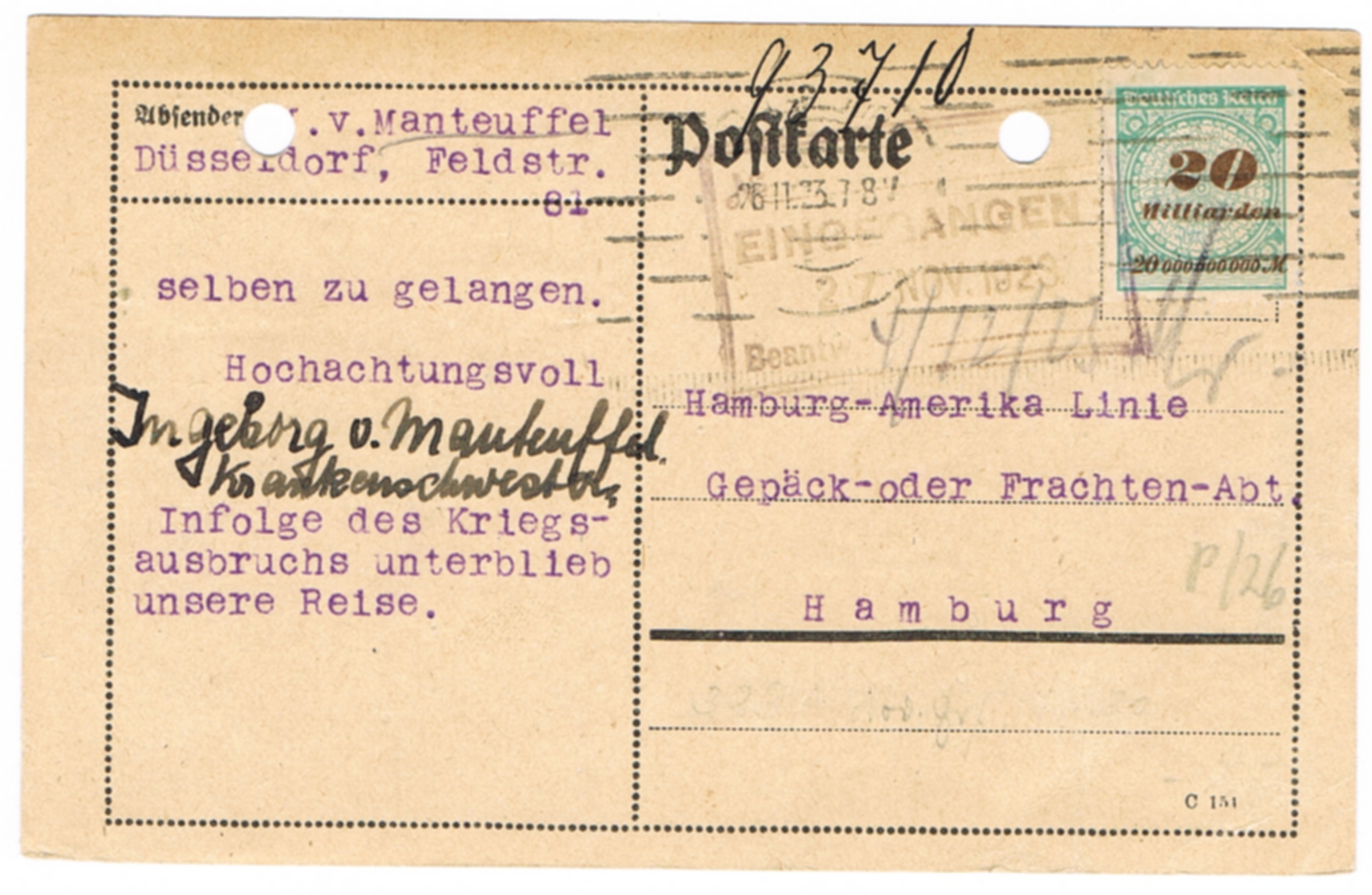 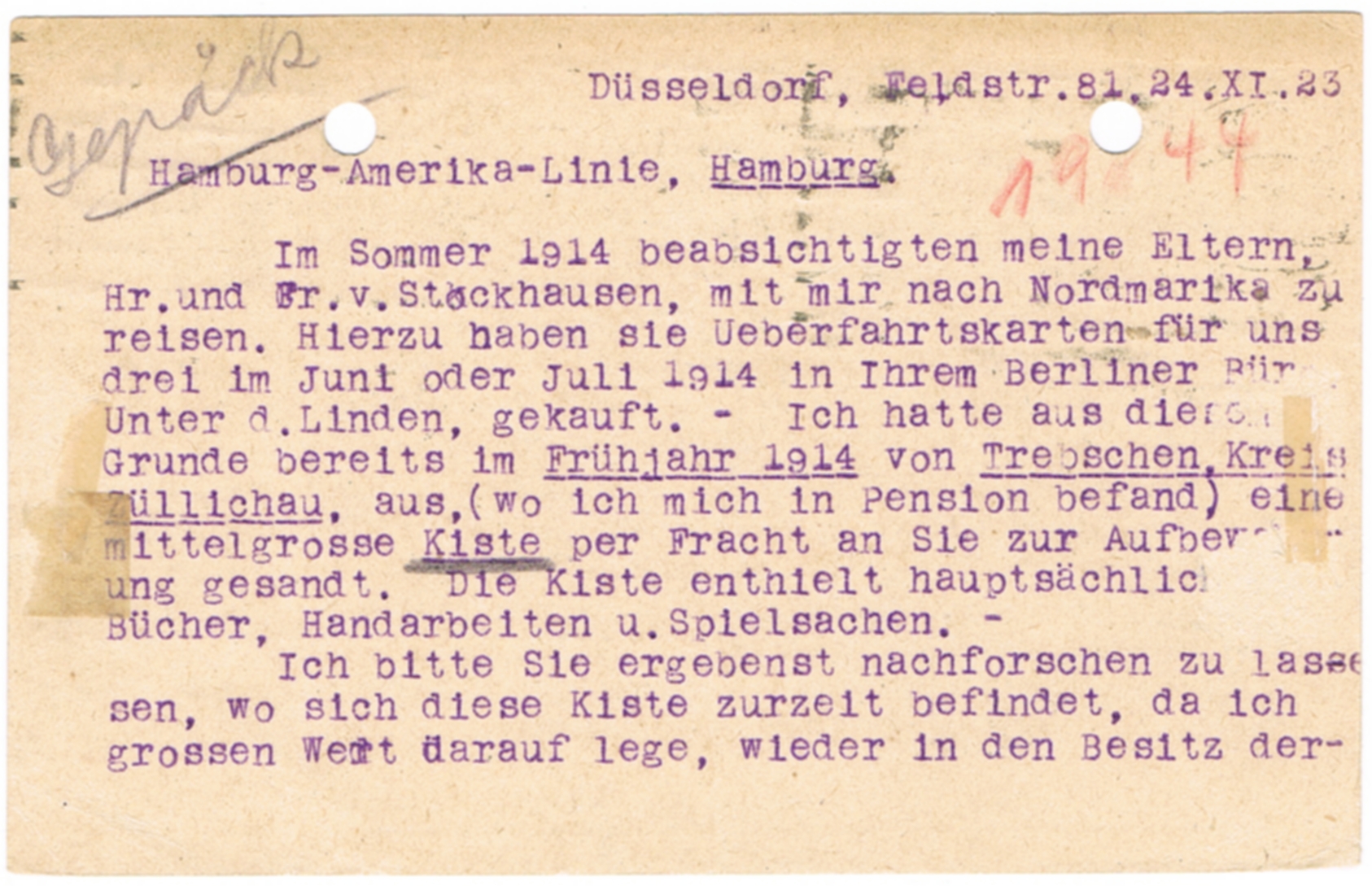 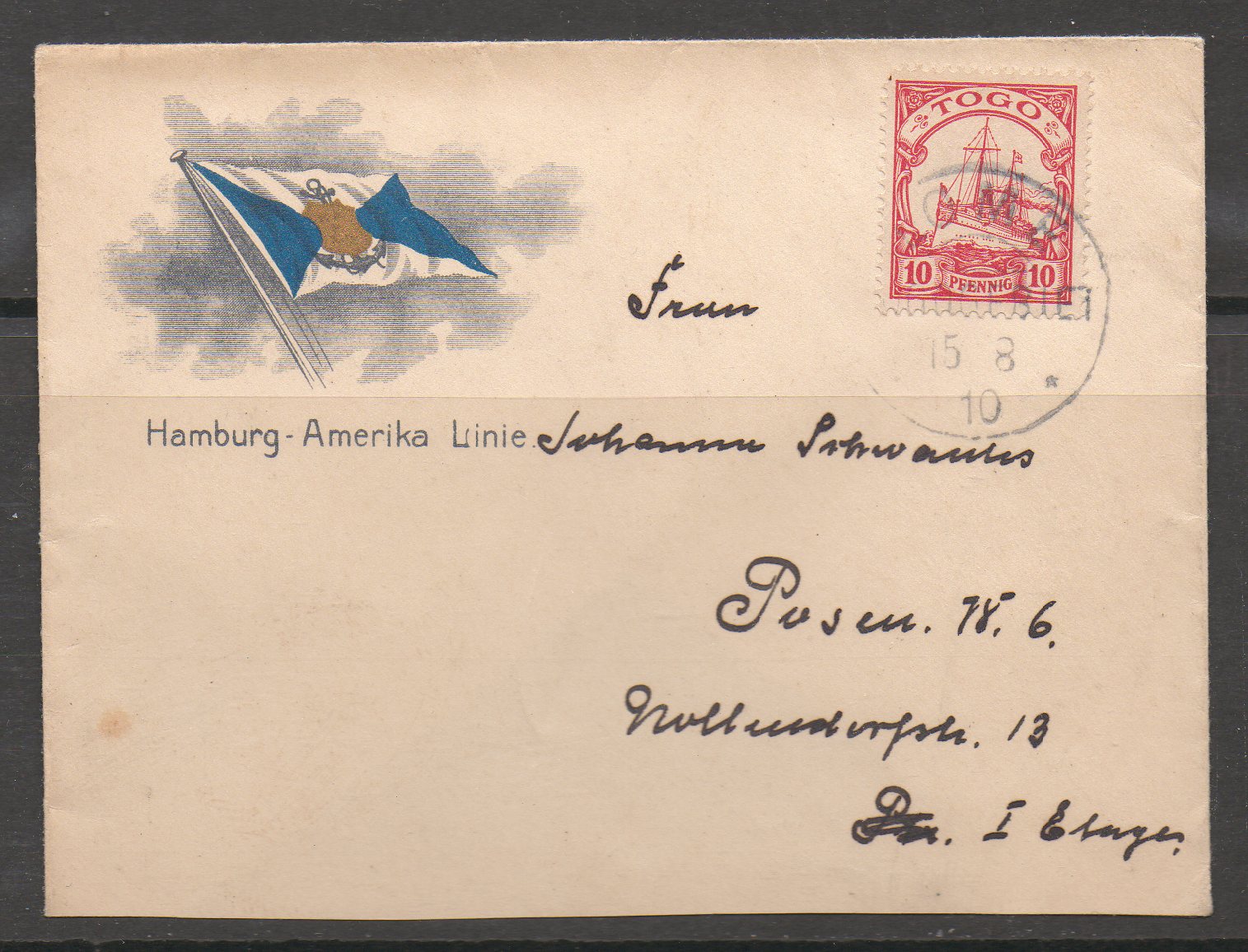 Postage paid (??) domestic postcard from Düsseldorf to Hamburg to the baggage or freight department of HAPAG. Postmarked on 26 November 1923.
Reverse: Mrs. Manteuffel inquires: she had planned a trip in 1914, which was cancelled due to the outbreak of war. Before the trip she had sent a box to HAPAG for safekeeping. Now (five years after the end of the war!!) she would like to know the whereabouts of the box and would like to get it back.
HAPAG envelope franked with a 10 Pfennig stamp of "Togo" and addressed to Posen, Germany. Postmarked in "Lome" on 15 August 1910. 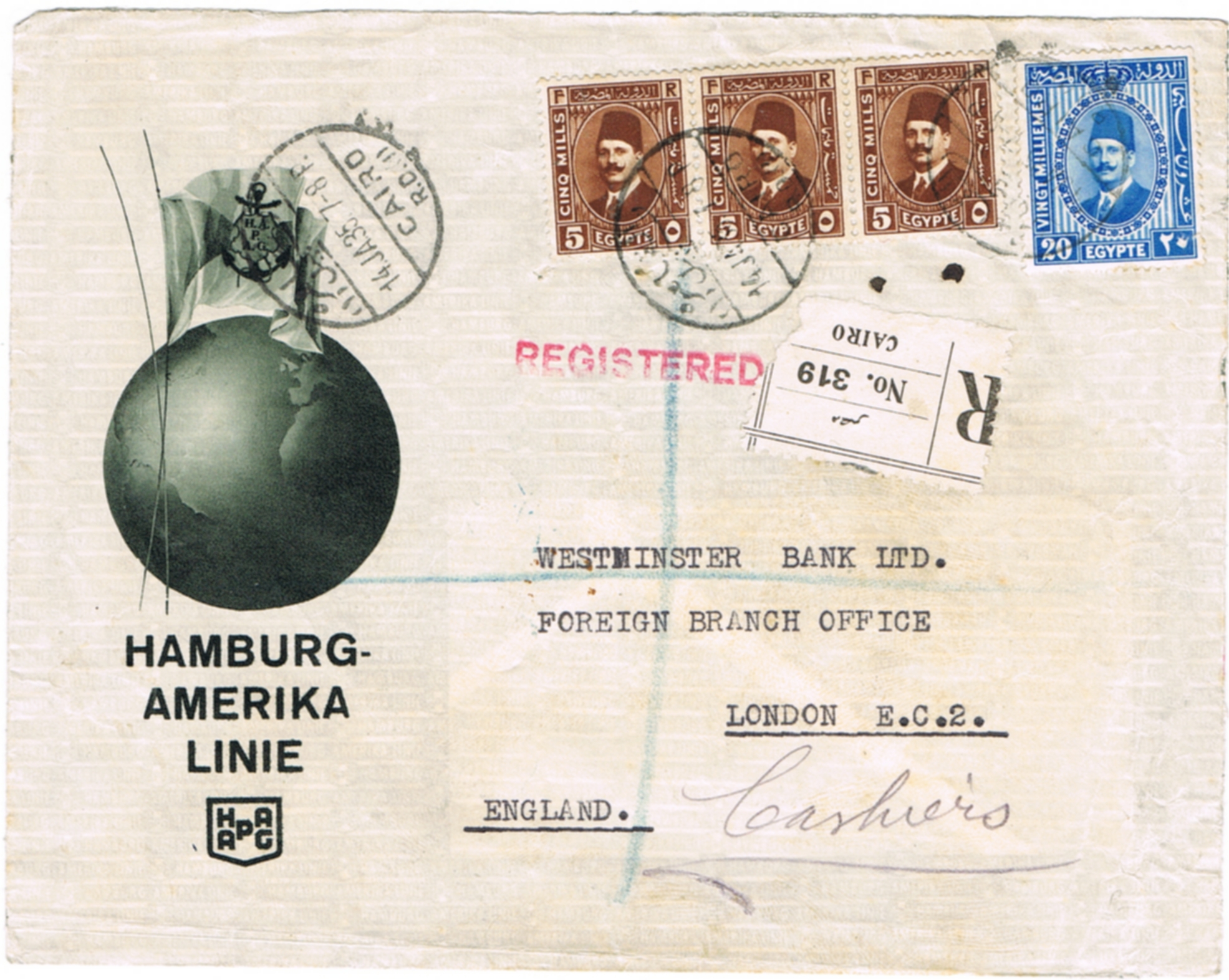 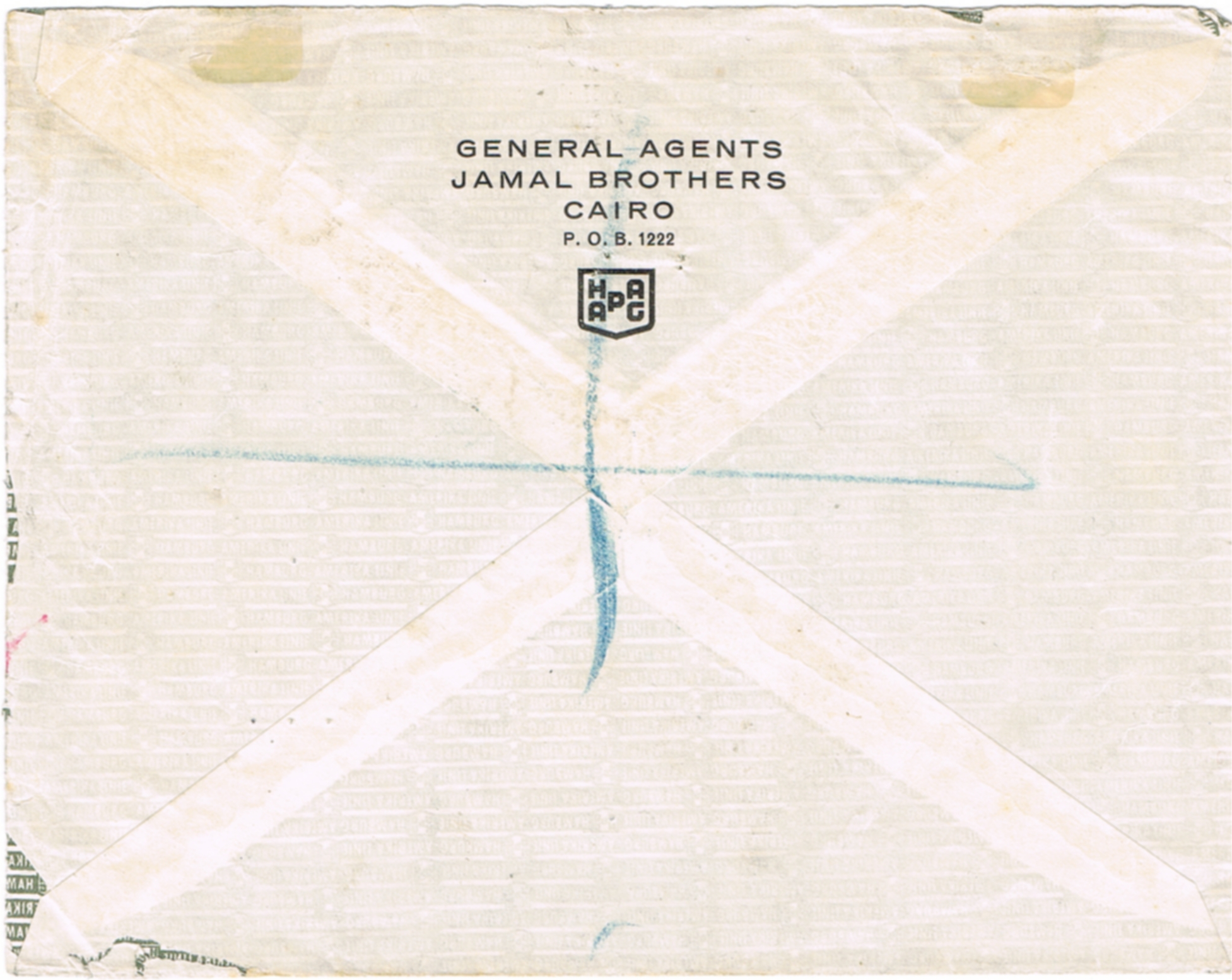 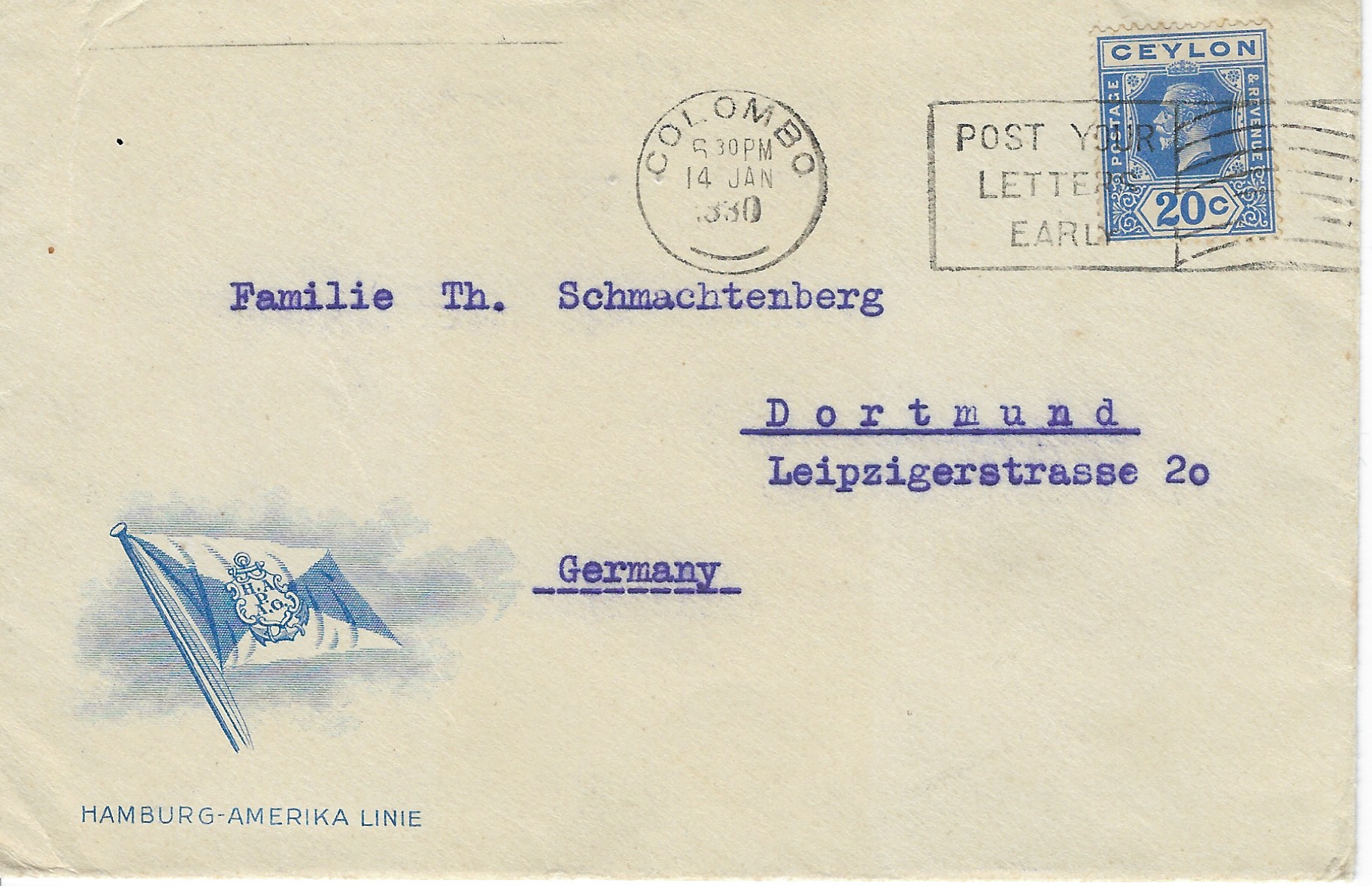 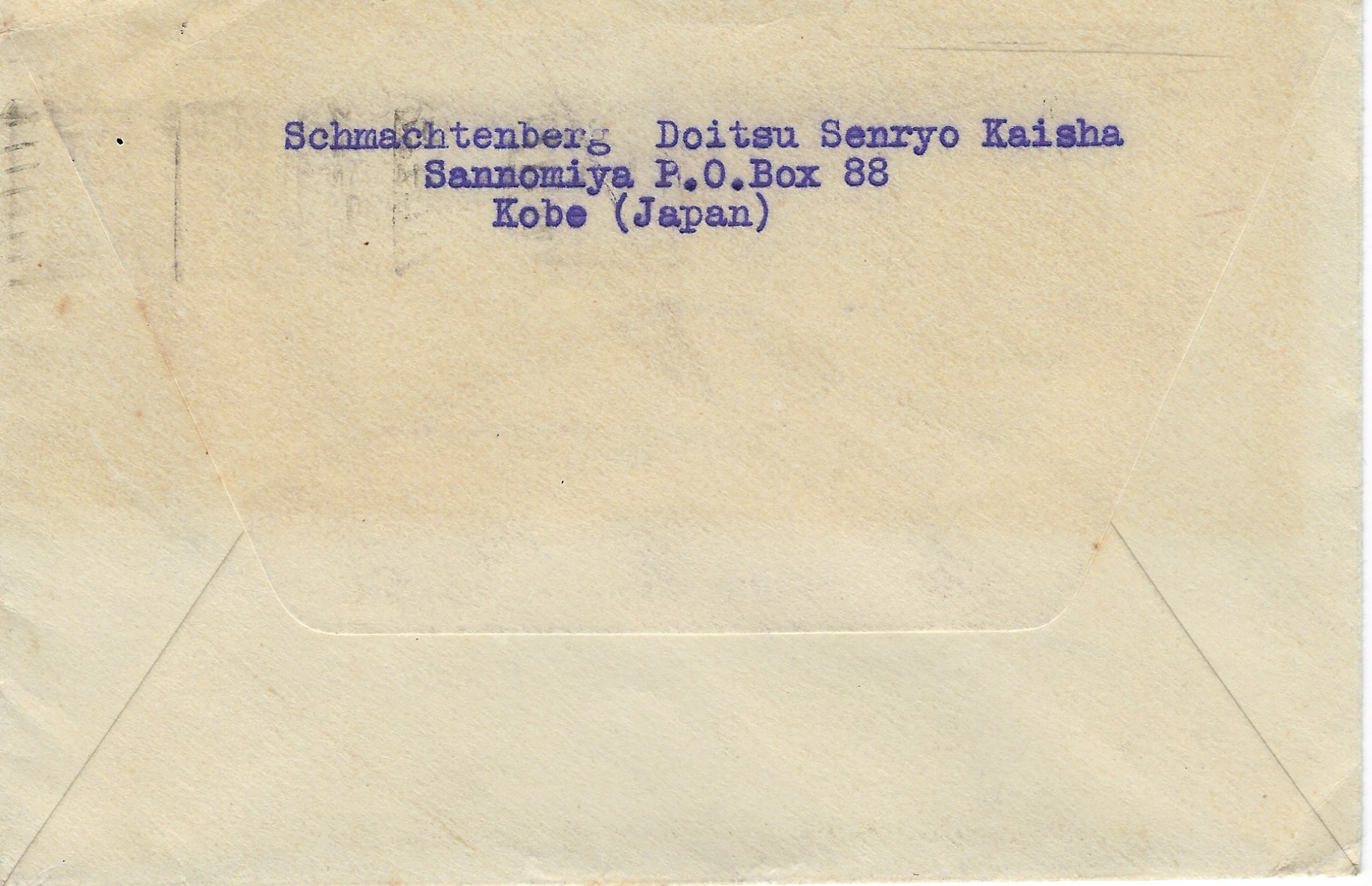 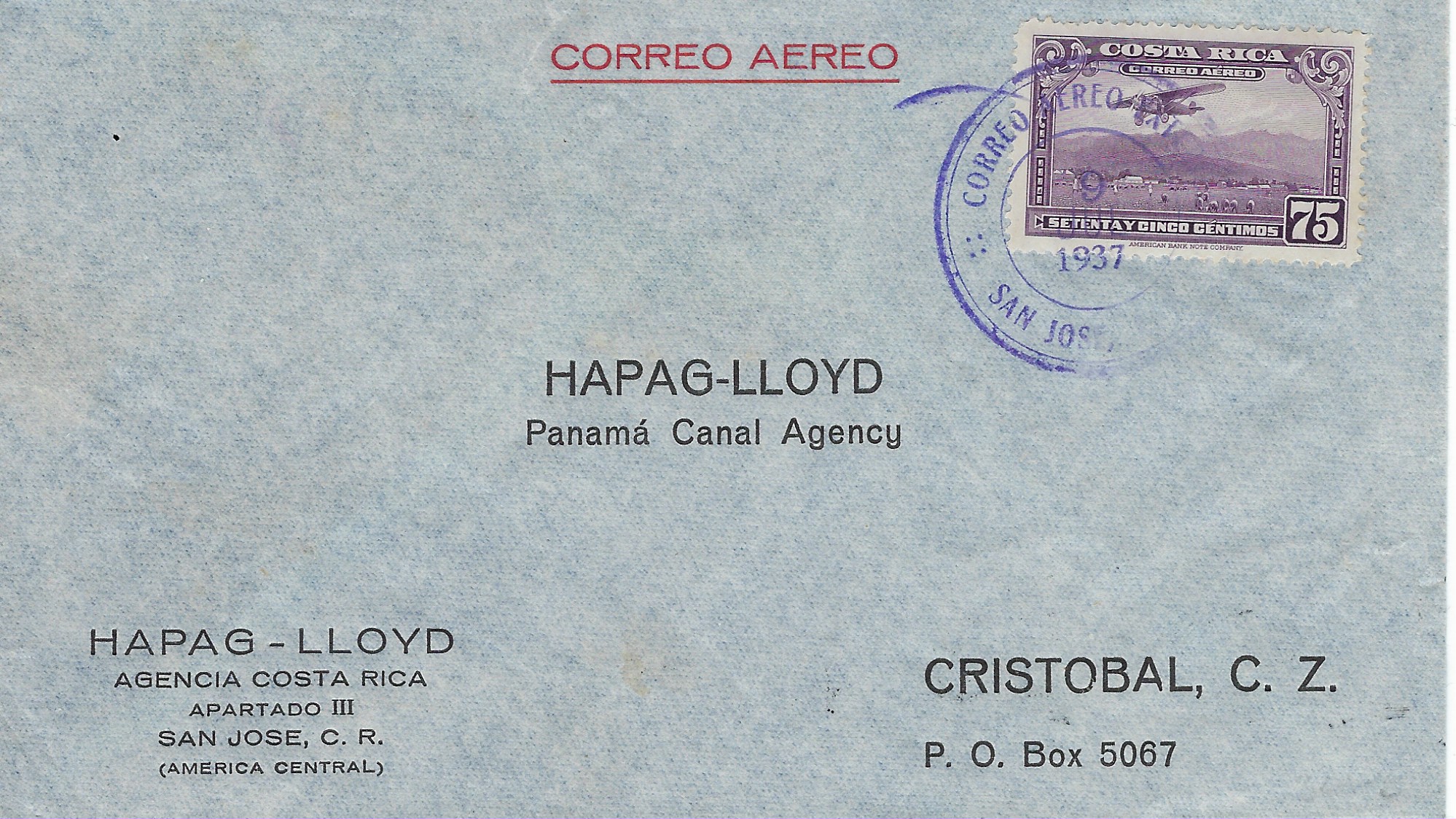 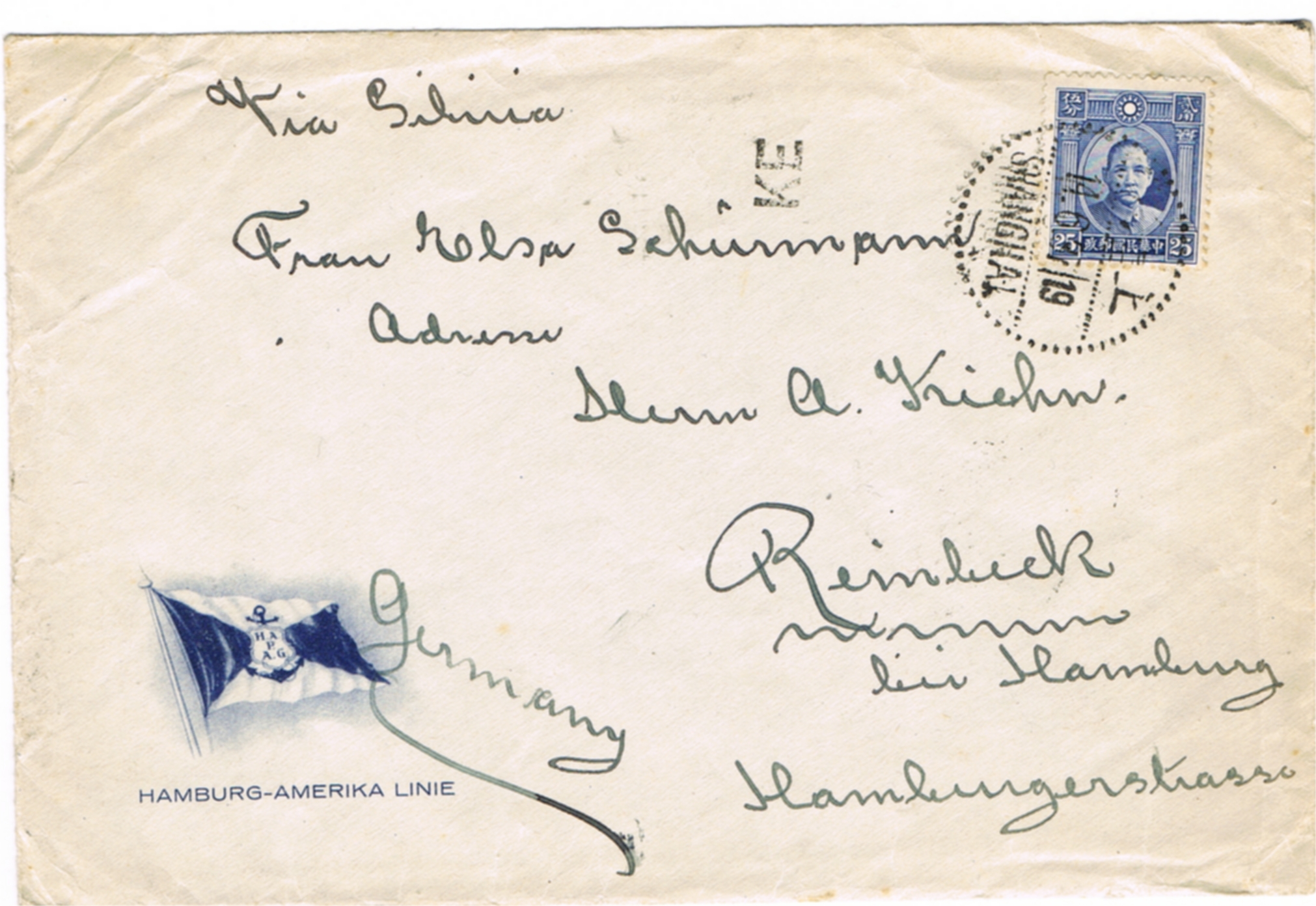 Reverse: Sender's address in Kobe, Japan.
Letter from San Jose, Costa Rica to Cristobal, Canal Zone. Interesting: addressed to the agency in the Canal Zone of the "HAPAG-LLOYD", although this designation exists only since the merger of HAPAG and NGL in 1970.
Explanation: due to the difficult economic conditions of both shipping lines, they had to take money from the state for the first time. Its condition was that several lines should be operated by both together under the name "HAPAG-LLOYD".
HAPAG postal envelope mailed from Shanghai, China to Reinbek near Hamburg, Germany and the routing mark "via Sibiria". Postmarked 14 June 1937. No indication of sender. 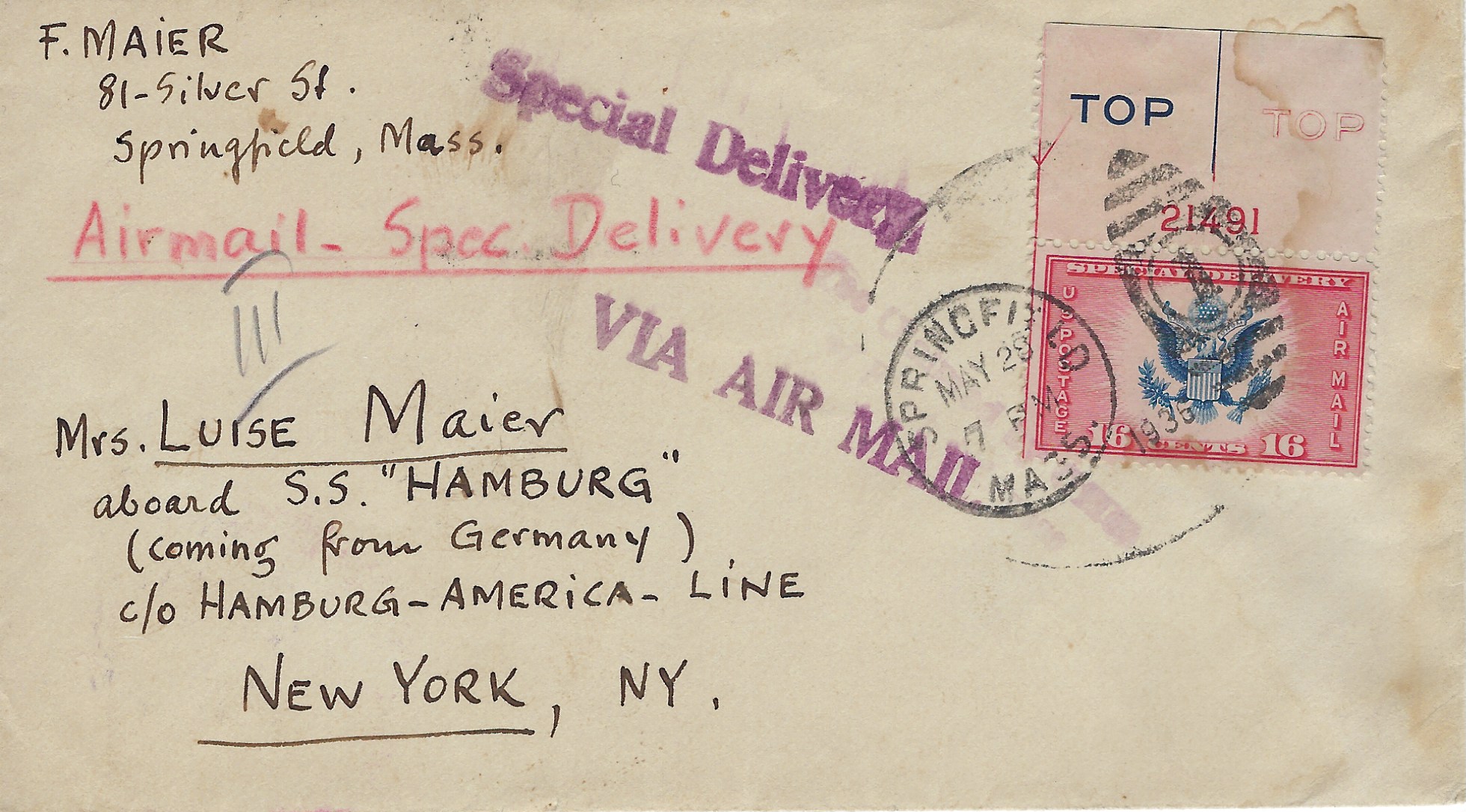 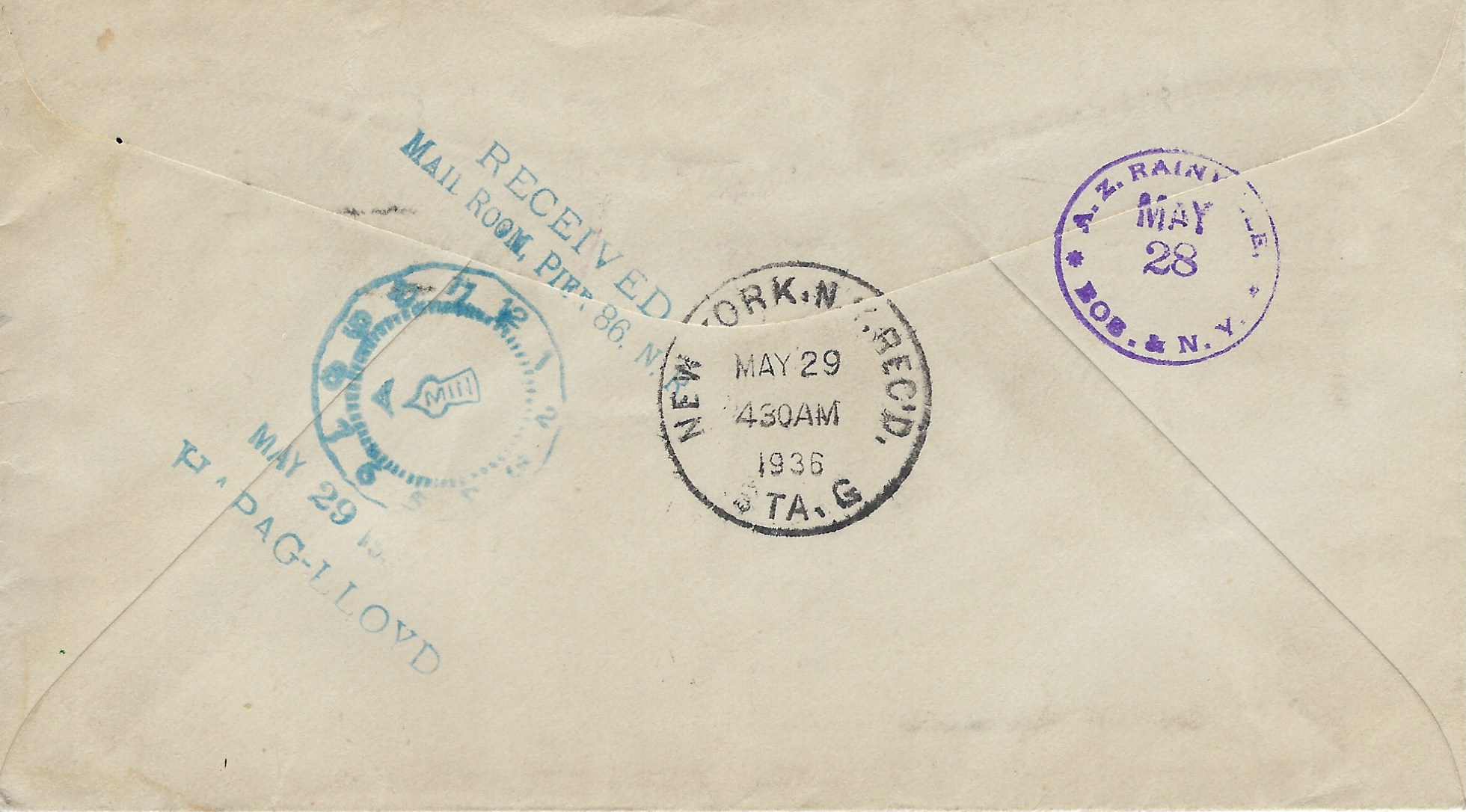 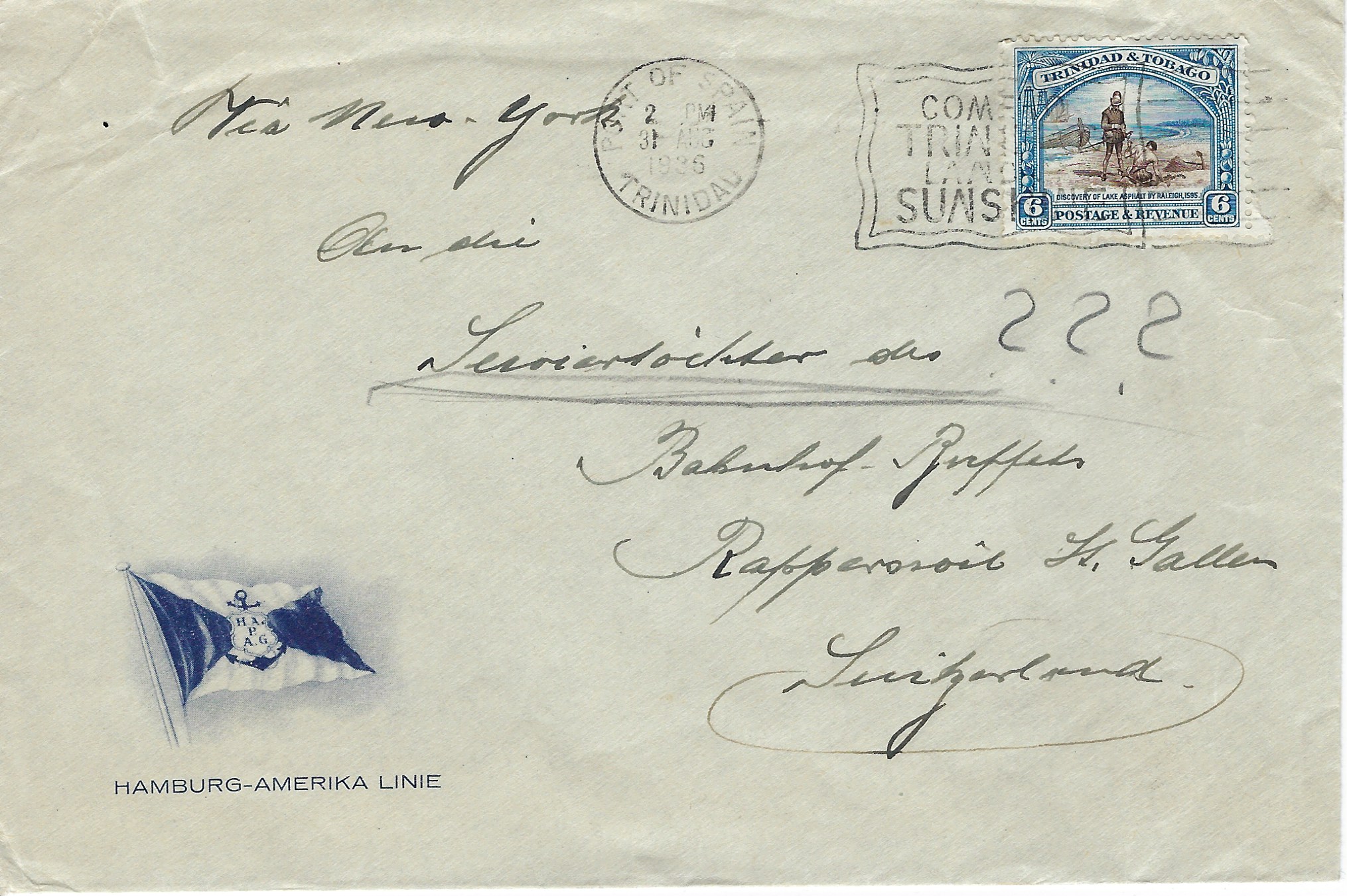 Airmail special delivery cover from Springfield, Mass. to a passenger on a HAPAG ship ("S.S. Hamburg") in New York, N.Y.. Postmarked 23 May 1936.
Reverse: postmark of an RPO Clerk with name (not legible) dated 28 May, arrival postmark of New York dated 29 May and receipt postmark of the Postal Department of (again!!) HAPAG-LLOYD on Pier 86.
HAPAG envelope mailed from Port of Spain, Trinidad to St. Gallen, Switzerland with routing "via New-York". Postmarked 31 August 1936.
Copyright Jürgen Kuseler 2022